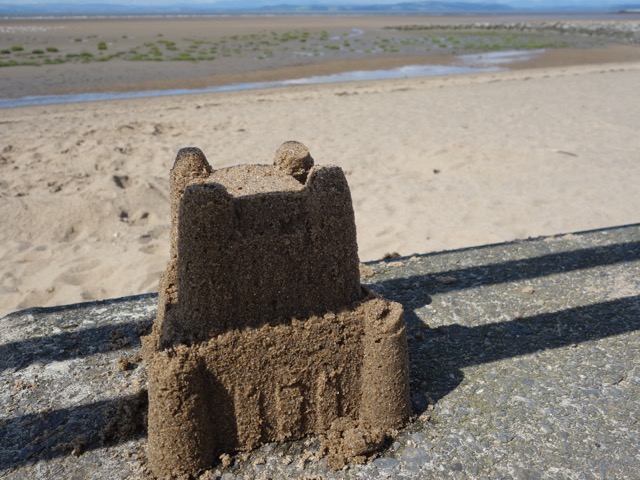 Oh to be beside the seaside again last week - such joy!

So naturally we started with Morecombe itself.  Despite growing up with New Brighton, Southport and Blackpool as my go-to seaside towns, I'd never been to Morecombe - until now!  And I just love a seaside town, the air, the light and the bustle.

And Morecombe prom has evidently been given a beautiful facelift - very impressive wide sweep, shared amicably by walkers and cyclists, beautifully planted grasses, stylish seats  and that stunning backdrop of the Lakeland fells. 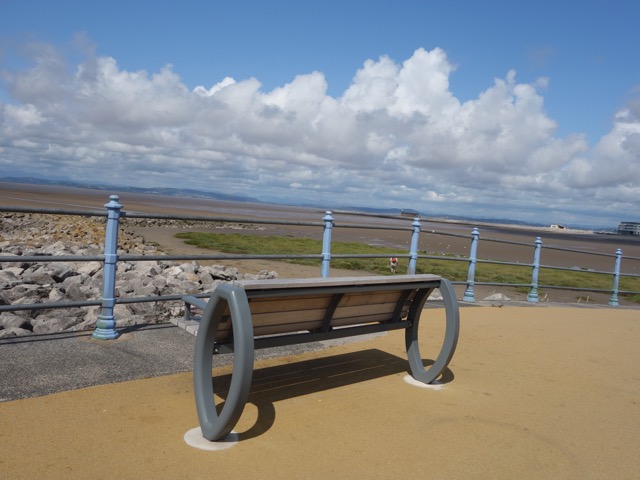 The sunshine was a joy - we'd battled over from Sheffield that morning, eating our butties in a service station car park somewhere around Manchester in such driving biblical style rain we'd not even dared make a dash to the loo!

But typically for the West coast, the rain lifted and the sun came out, just for our visit! 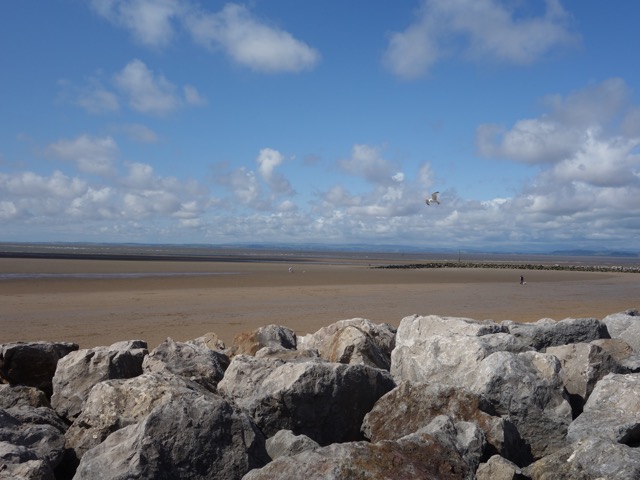 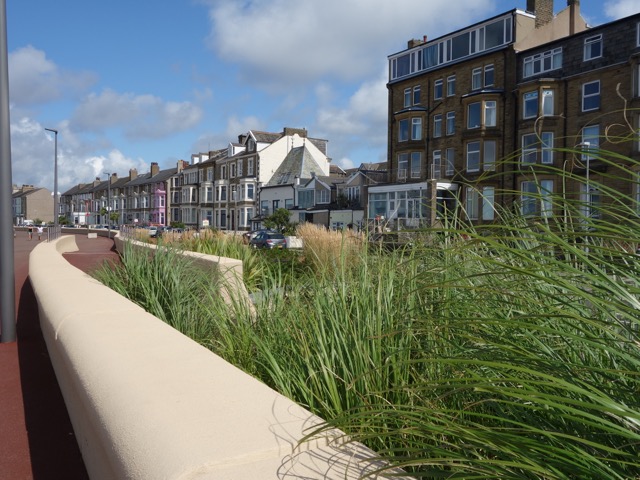 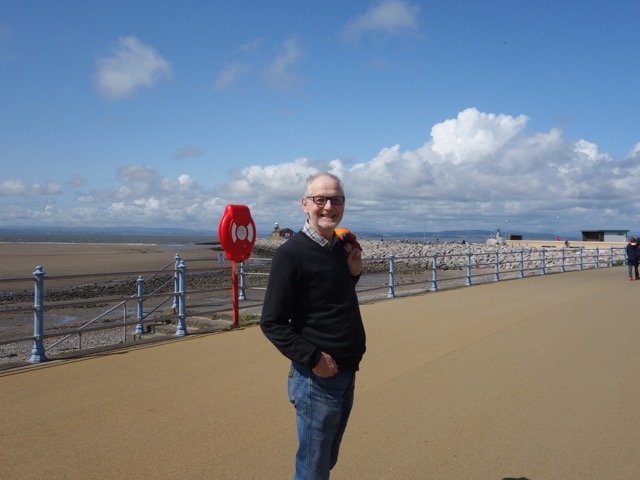 We strolled along the prom (prom, prom) from end to end, luxuriating in a warm sea breeze and blue skies - finally treating ourselves to a cuppa with a view, in the recently refurblished Midland Hotel - a striking Art Deco relic of the great railway age and opposite a pretty stunning station building. 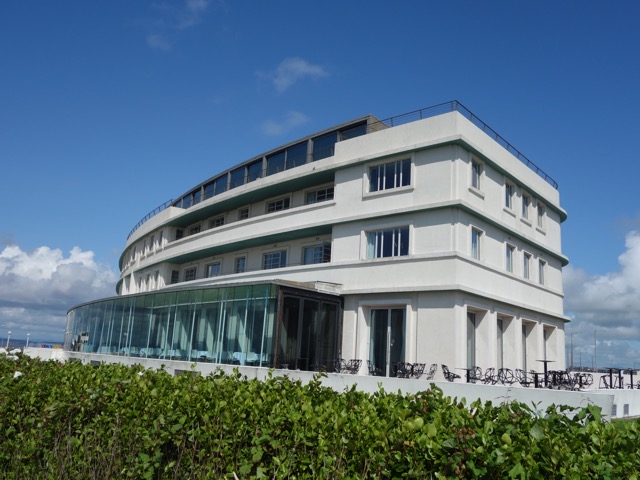 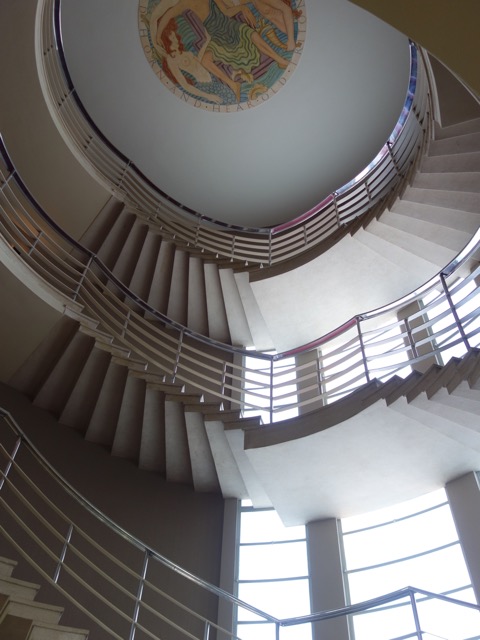 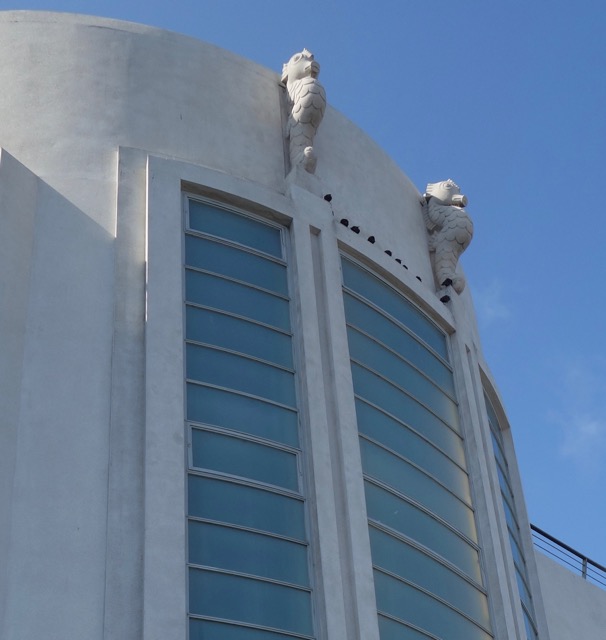 Then of course it was time for an ice cream, but not before a peek at the renovations going on at the palatial Winter Gardens 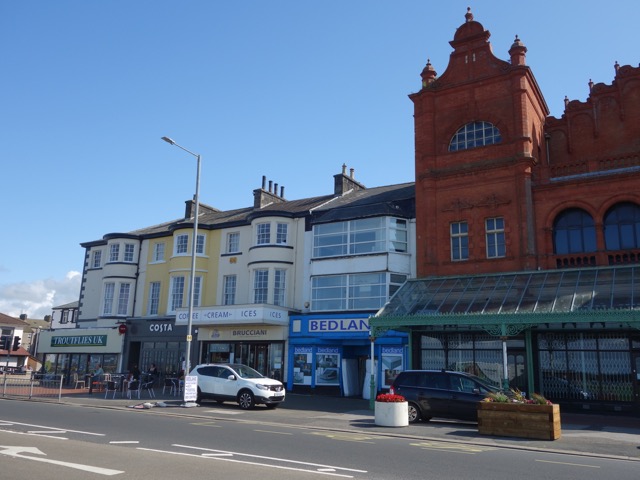 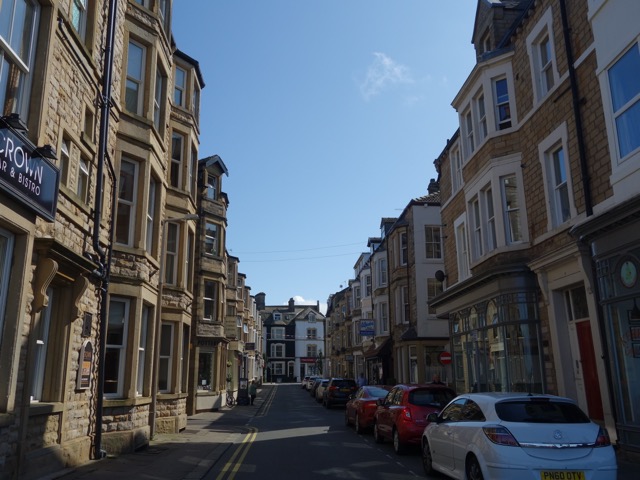 but always time for a bit of sunshine and that smile 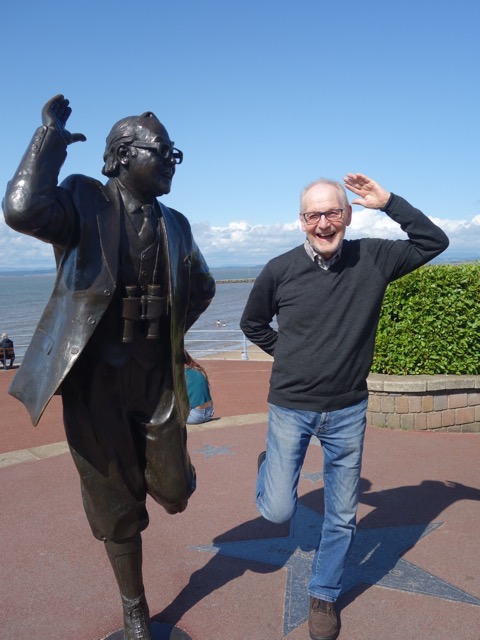 And then we headed north via Carnforth Station, film set for Brief Encounter.  We were too late for the iconic cafe but was interesting to have a peek through the windows. 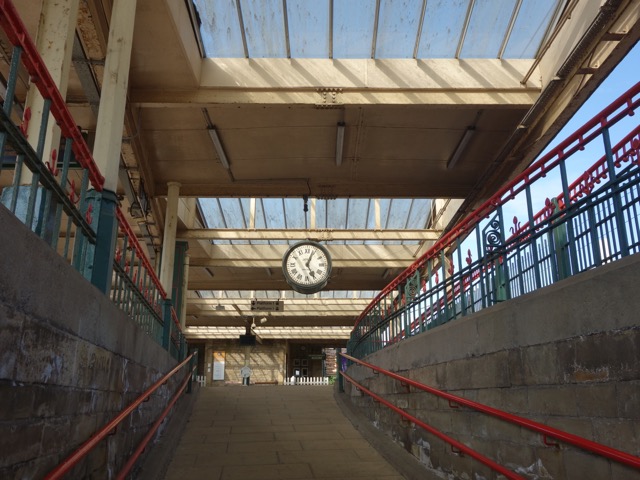 Next we headed to our holiday destination - Arnside and Silverdale, very deservedly an Area of Outstanding Natural Beauty (AONB).  And after checking in to our wonderful AirBnB we were just in time to see the last of the sun setting over River Kent Estuary and the mighty Lakeland Fells while we ate our evening meal. 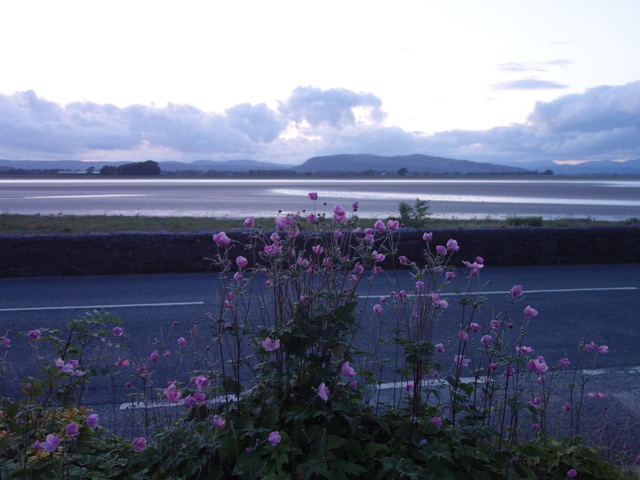 I'd been wanting to visit this part of the coast for many many years - loving the way it sits there on the map nestled between the Lakes and Lancashire, almost like a shallow peninsula.  On the OS map there are few roads and the many nature reserves and hill viewpoints have to be reached by footpath.  There's the famous Leighton Moss nature reserve and the National Trust areas and all the many other parts of the AONB including limestone pavements at Gait Barrows and on parts of the coast.  It's also famous for it's butterfly population, birds, wildflowers and treacherous quicksands.  We'd both grown up being warned by school and home about the quicksands on our local beaches but it had been a long time, so this was a good reminder to take care.

Next morning we started off in Arnside with a cracking artisan coffee at the lovely Moochin' About. 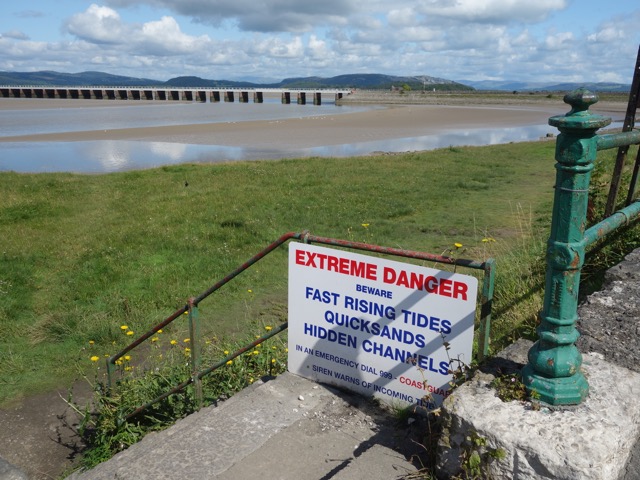 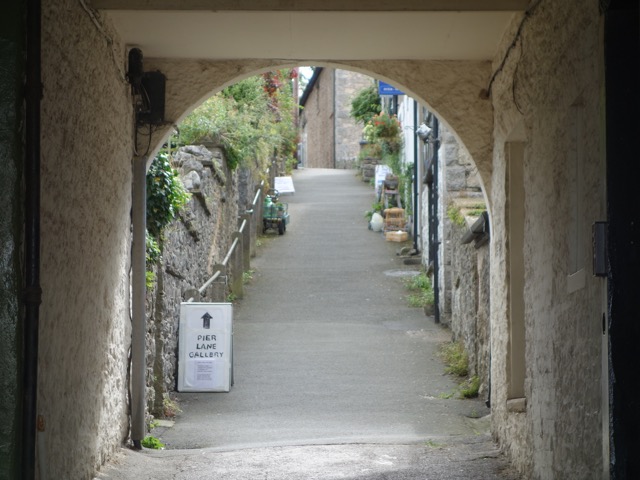 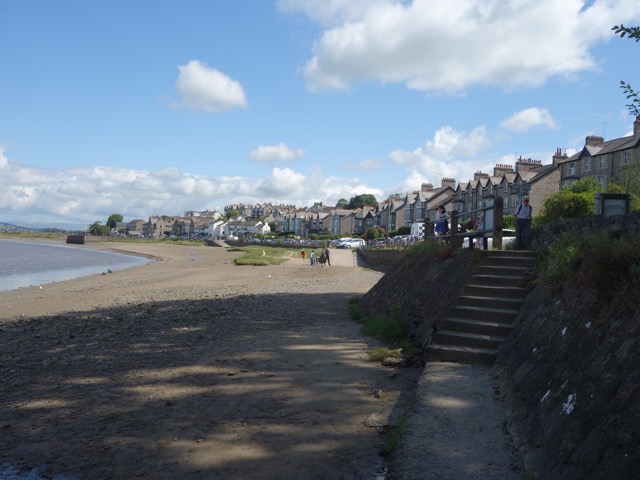 Then walked south along the rocky beach, marvelling at this estuary and it's wide expanse of sea, sky and mountains.

Turns out you can do mud walks from Arnside over to Grange Over Sands, led by a Queen's Guide, no less!  This looks so amazing and is now on our must-do list.  Cedric Robinson, the Queen's Guide who's led the walks for 56 years retired this year, however a new guide has been appointed and the tradition continues. 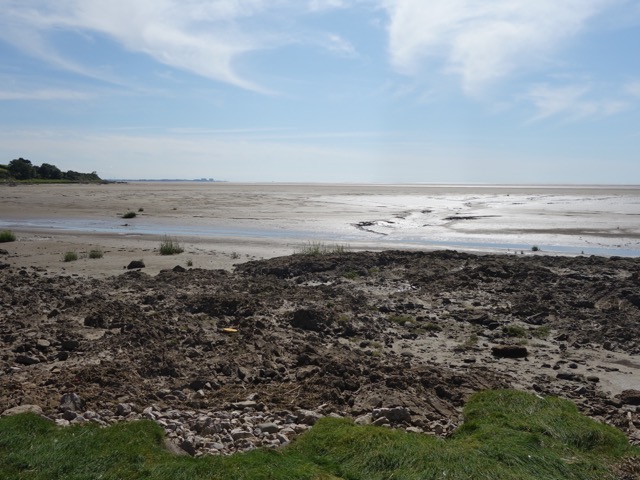 So after a great picnic on the little prom at Arnside, we drove over to Silverdale to do some coastal walking there too.  The sun was blazing and the skies blue and the wide expanse of the estuary running into the Irish Sea was just magnificent. 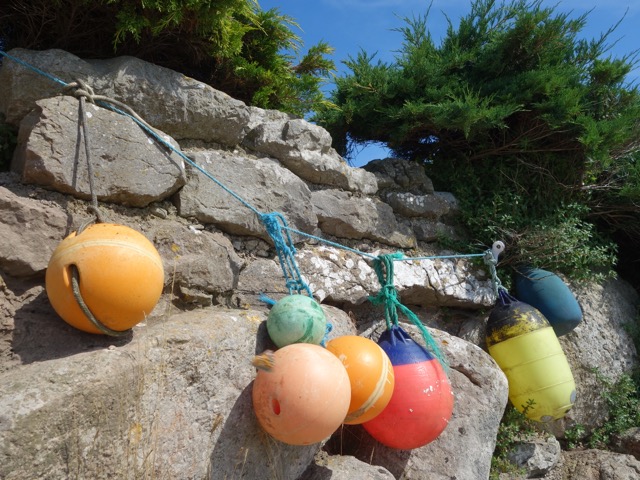 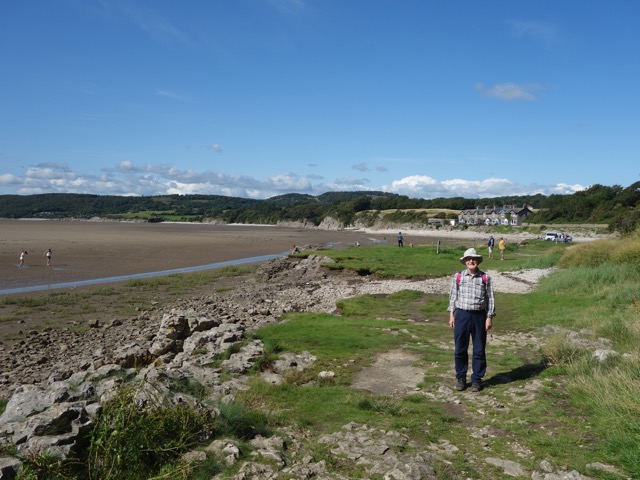 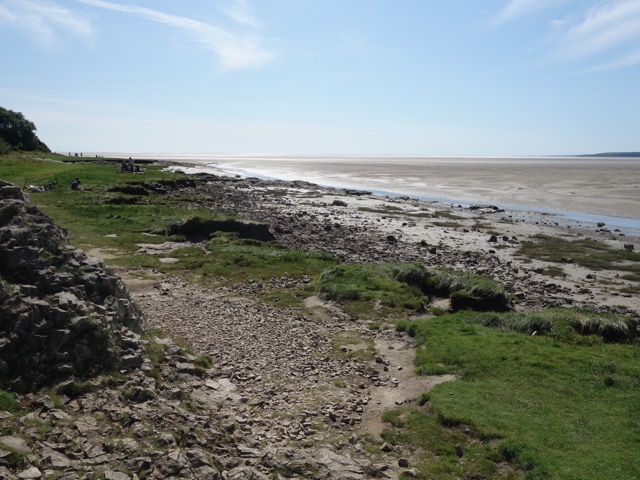 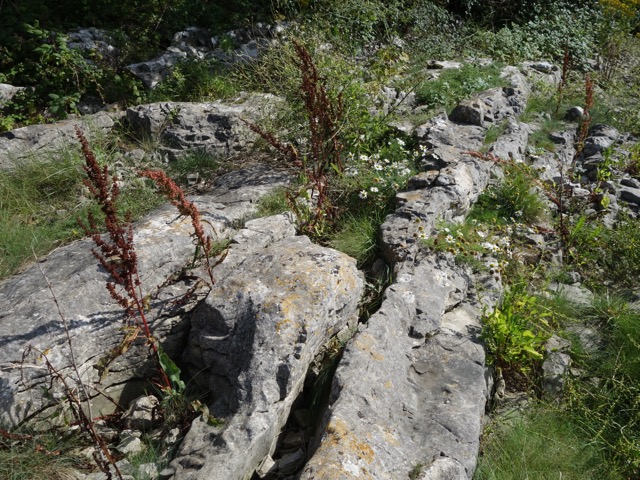 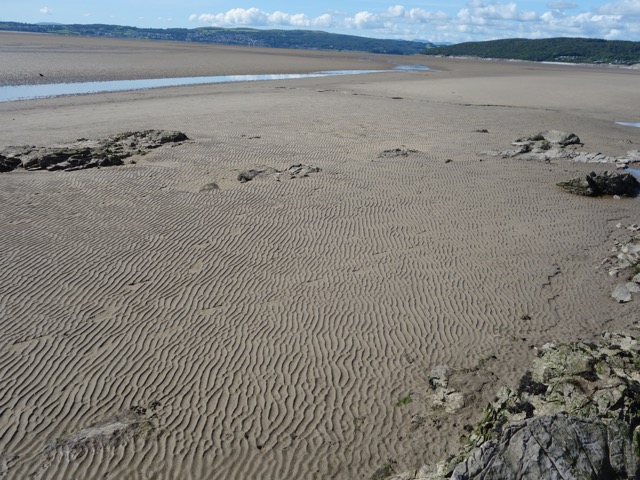 We were staying just below Arnside Knott (a Marilyn if you've ever heard of those?), so we pottered up an ancient rutted track to an even more ancient and faded wooden topograph, telling us that we could see almost every Lakeland peak worth mentioning from that one viewpoint!  Absolutely stunning, just reminded us of our first distant view of the Sawtooth Mountains in Idaho a couple of years ago.

Then it was back to Arnside promenade to join the queue for some spectacular fish and chips at Arnside Chip Shop and a setting sun across the railway bridge. 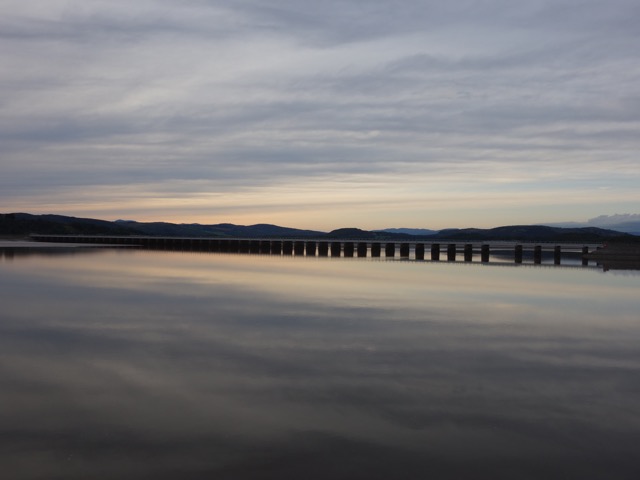 And having spotted that there railway bridge, we had to make the spectacular 4 minute train journey from Arnside to Grange over Sands the next morning before we headed home. 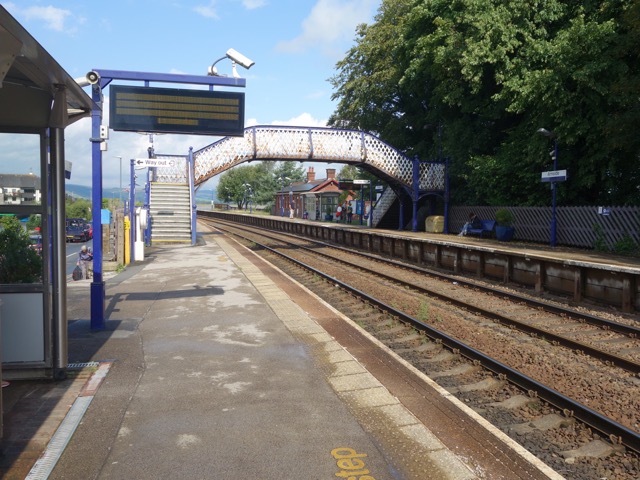 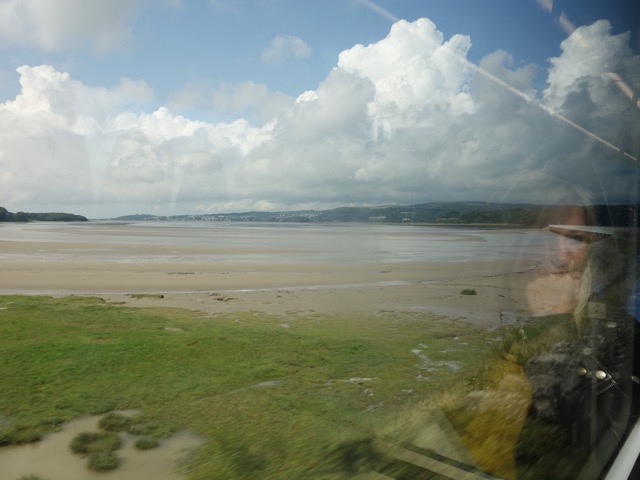 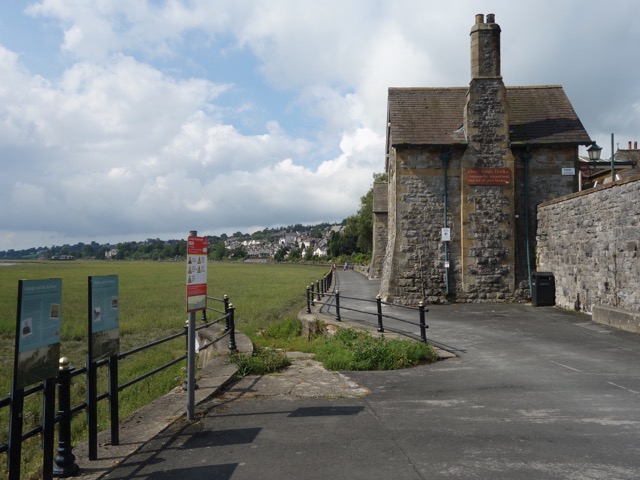 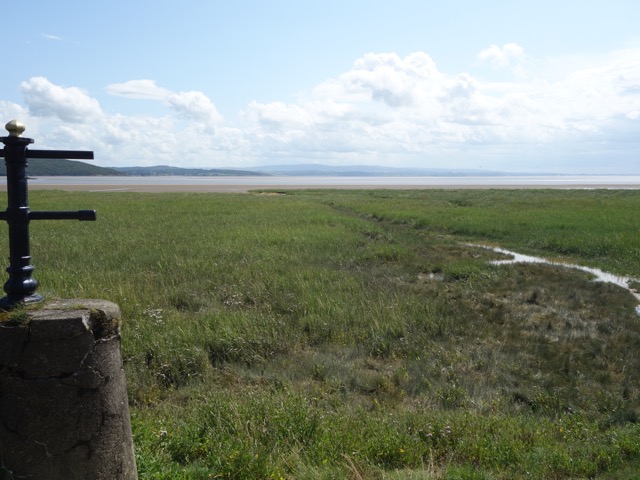 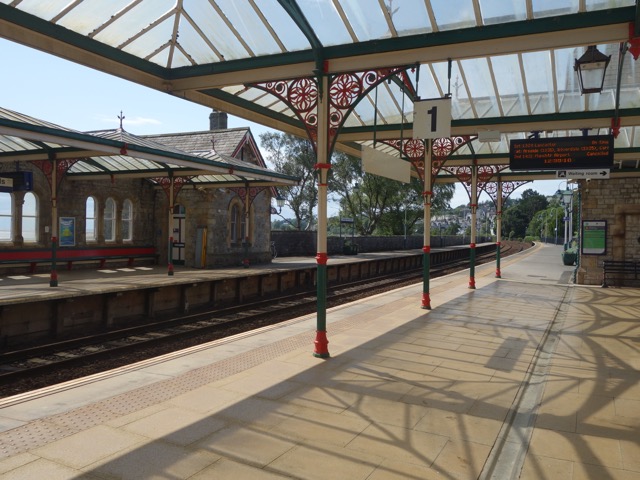 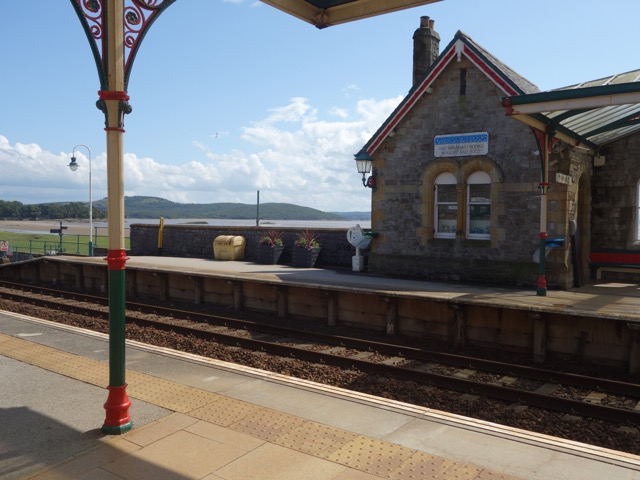 Then back again to Arnside and our drive home to Sheffield.  End of a fabulous stay. 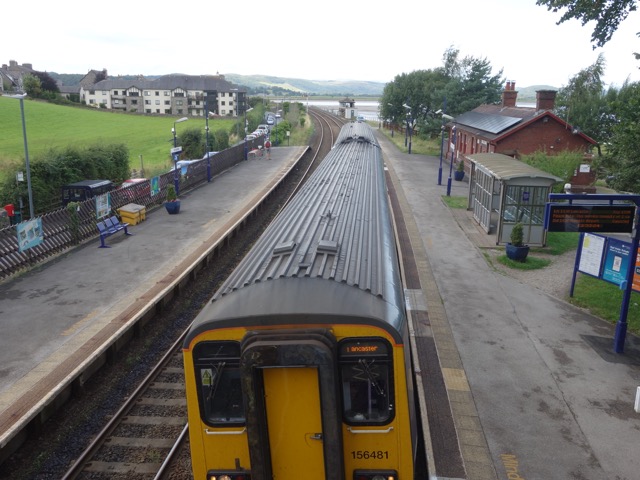 Adelai
Sheffield, United Kingdom
Days in the life of . . .